”In the beginning I was so young and such a stranger to myself I hardly existed. I had to go out into the world and se it and hear it and react to it, before I knew at all who I was, what I was, what I wanted to be […] Attention is the beginning of devotion. […]" Adults can change their circumstances; children cannot. Children are powerless, and in difficult situations they are the victims of every sorrow and mischance and rage around them, for children feel all of these tings but without any of the ability that adults have to change them. Whatever can take a child beyond such circumstances, therefore, is an alleviation and a blessing.

"I quickly found for myself two such blessings – the natural world, and the world of writing: literature. These were the gates through which I vanished from a difficult place”. (Mary Oliver in “Upstream”)

When you know who you are…

“When you know your name, you should hang on to it, for unless it is noted down and remembered, it will die when you do.” (Toni Morrison in “Song of Solomon”)

I feel like I died a thousand deaths – and I could not hang on to my name. I lost it. 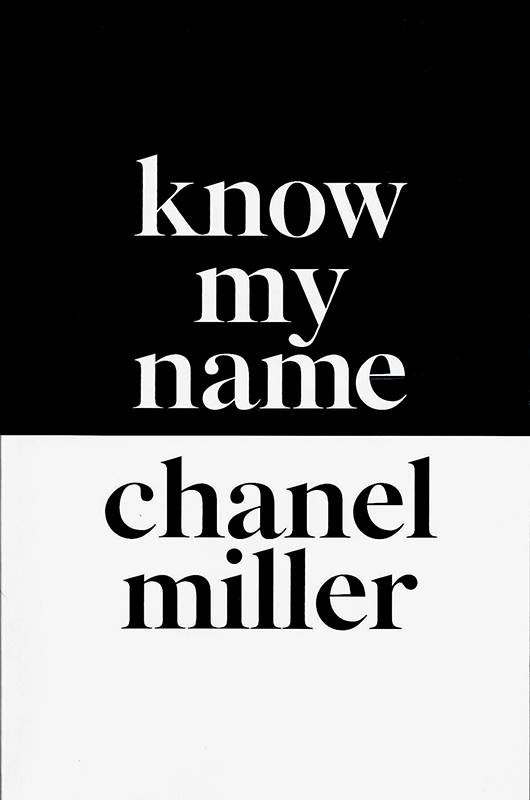 Know my Name by Chanel Miller

Now I read “Know my Name” – by Chanel Miller. She was raped by Brock Turner in 2015. In her book she says names are sacred, are only to be spoken by the owners and the ones who care about them, not causally mentioned by strangers. In her Victim Impact Statement she starts with “You don’t know me, but you’ve been inside me, and that’s why we’re here today”. She also said in her book that she survived the whole ordeal/trauma of the rape and then going to trial because “I remained soft, because I listened, because I wrote. Because I huddled close to my truth, protected it like a tiny flame in a terrible storm.” She goes on to say: “Hold up your head when the tears come, when you are mocked, insulted, questioned, threatened, when they tell you you are nothing, when your body is reduced to openings. They journey will be longer than you imagine, trauma will find you again and again. Do not become the one who hurt you. Stay tender with your power. Never fight to injure, fight to uplift. Fight because you know that in this life, you deserve safety, joy, and freedom. Fight because it is your life. Not anyone else’s. I did it, I am here.”

Alexander Chee, who Chanel Miller also quotes in the beginning of her book, together with Mary Oliver and Toni Morrison, says “to write is to sell a ticket to escape, not from the truth, but into it,” – he also says “it is our duty, to matter”.

Owning your story, saying your name out loud, believe that you matter – write, tell, stop hiding – get to know who you are, find your gateways, your friends.

When who you are is taken away from you. When you are labeled by others, given names that do not belong to you – you protect yourself. Until you can step forward and reclaim Your Life. Your Name. Your Story.

I too survived the rapes and the other abuse. I too, when I had become brave enough, found my way to the police station. But I did not get to have a trial. There were no longer tangible and visible evidence. Too much time had passed. There was nothing that could corroborate my story, there were nobody who stepped forward to support it. Nothing and nobody, except me. I was my story, I am my still my story. I live with it. I carry it. It has shaped me and who I am. I am my own proof of my story. My whole being, who I am, how I am – is my proof – of my story. And it will never leave me. Chanel Miller says; “I have created a self inside the suffering. Looking back the assault is now inextricable from the greater story, it is a fact of my life, the same way I was born in June, and I was raped in January. Awful feelings may remain the same, but my capacity to handle them has grown. I can’t tell you what happens next because I have not yet lived it. This book does not have a happy ending. The happy part is there is no ending, because I’ll always find a way to keep going.”

She has come further than I have. I still don’t know my own (sacred) name. The one name that is mine – and not put onto me, not taken in haste or for protection. I will find it, maybe I will be given it. One day. And then I will also be able to say – “Know my Name” – And then I too will tell my story. They way I want to tell it.

Reading her book helps me – in the same way she says she was helped by hearing other survivors’ stories.

A couple of days ago I came home from some days in trauma treatment with Ilka Parent at Minds-n-Motion: Pferdeunterstützte/Equine Assisted Trauma Therapie. I know now I am not alone. I have support. I now know, a felt knowing, that there are work that can be done, that I can do, to help me to grow into myself. Working with my own memories of abuse and with who I am, what the experiences of abuse made me become and do to protect myself – and reading books like Chanel Miller’s – makes me feel stronger, more confident. In the midst of the tiresome carrying of a heavy story – I today feel lighter. There is light in the darkness.

And I say – with one of my favorite quotes from the book “Stay” by Jennifer Michael Hecht on the story of Sisyphus (the guy that according to Greek mythology was punished by the gods to, in all eternity, push a rock up a hill, just to have to let go of it when he came to the top and see it roll down again, to start all over again) and the importance of being, of staying aware, She writes; “There is nothing more than being aware of one’s life, whatever form it might take. For Camus, “one’s revolt, one’s freedom,” is this awareness, and it is the essence of living “to the maximum. There is no life that is higher.” And she continues; “That time is when Sisyphus is most conscious. He is not distracted by the work but is fully facing the absurdity of his situation. At those moments, Camus writes, Sisyphus “is superior to his fate. He is stronger than his rock.”

Today – I too feel stronger than my rock, and today I can say – my fate belongs to me. Later on – I will also know, and speak, my Name.

Listen to a short clip with Chanel Miller - https://youtu.be/pNfQr8KCG6Y

Katarina Lundgren is a growth facilitator, project leader, a certified trauma sensitive mindfulness instructor and a cognitive scientist offering various Equine Assisted Interventions. She is currently working on a Master in Cognitive Science. Katarina travels globally and educates people on equines, equine welfare, equine-human interaction, how to work with equines in therapy and learning programs, trauma sensitive mindfulness, and trauma. Her passion is researching and spreading knowledge on all the above topics and to advocate for better and more accessible trauma treatments, as well as higher equine welfare. Her main goal is to offer treatment and support for severely traumatized and dissociative people.

Katarina is cross disciplinary in mind and heart, forever curious and expressive.

A DIFFERENT WAY OF PERCEIVING THE WORLD AND “SELF”

CAUGHT BETWEEN OVERSTIMULATION AND SENSORY “BLINDNESS”- AND THE "INTENSE WORLD THEORY"

CONTROLLING YOUR EATING TO CONTROL PEOPLE AROUND YOU…

No comments made yet. Be the first to submit a comment

By accepting you will be accessing a service provided by a third-party external to https://livethechange.se/